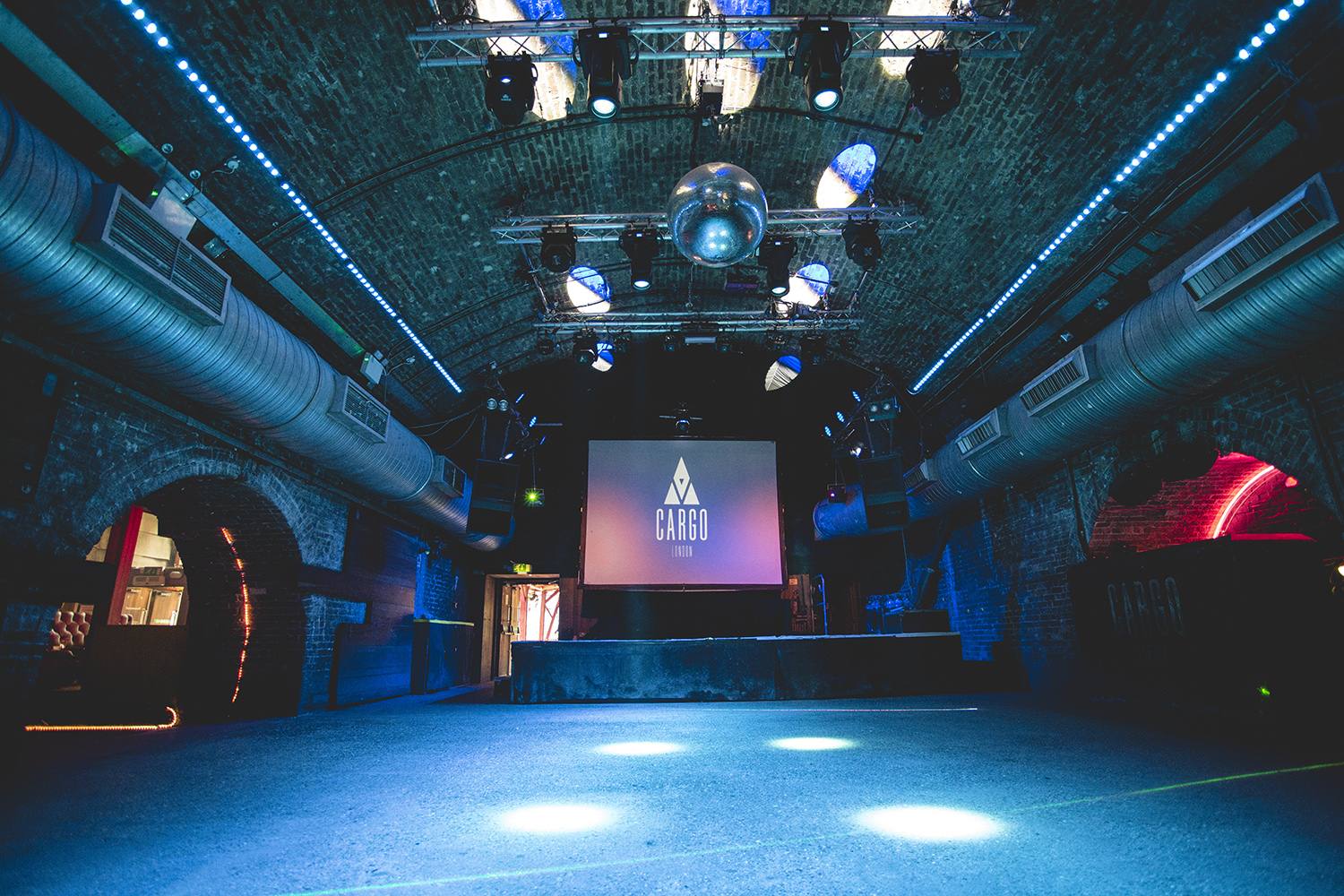 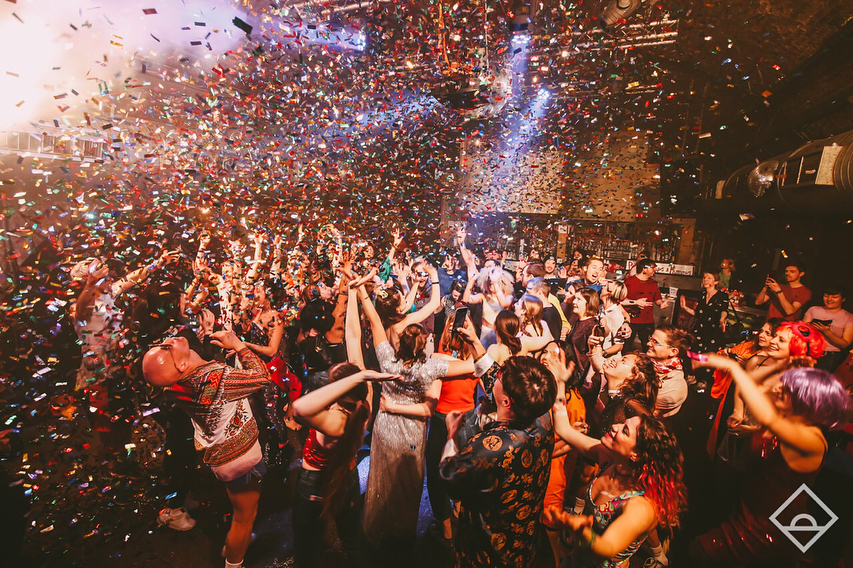 Umm about yesterday morning... That was fun. 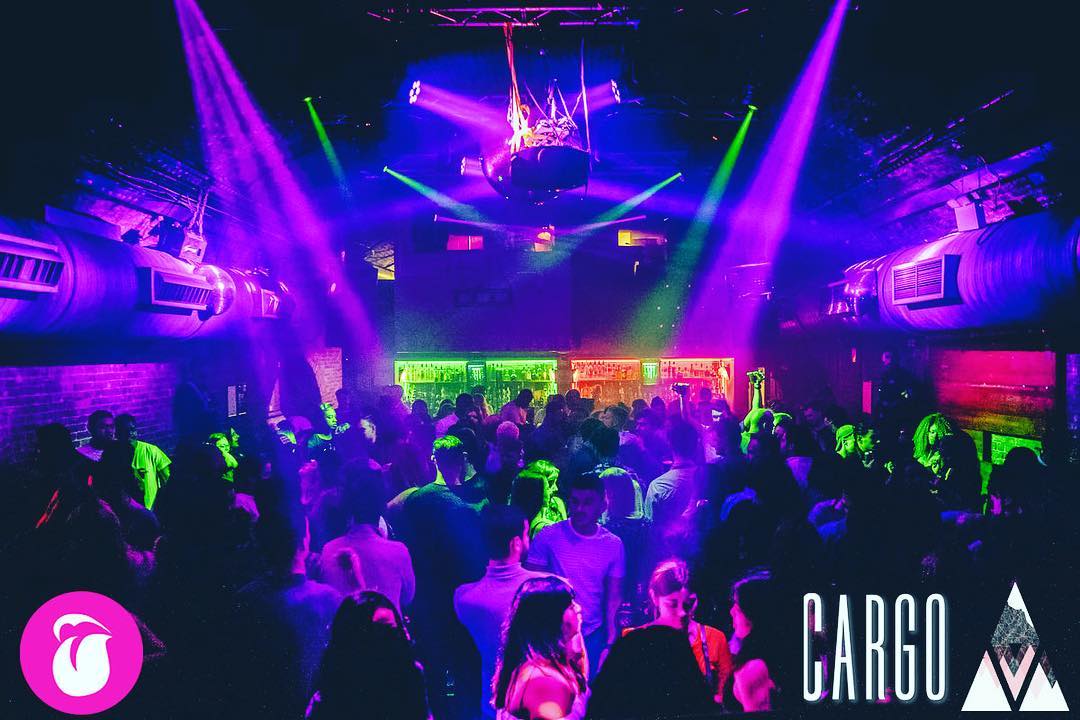 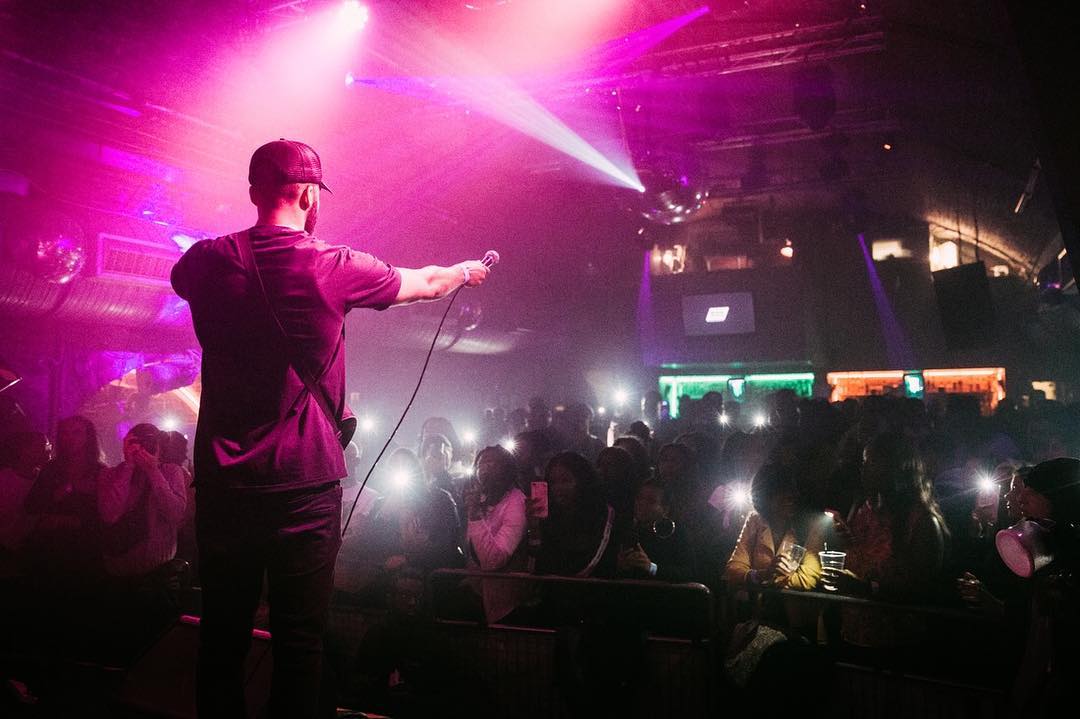 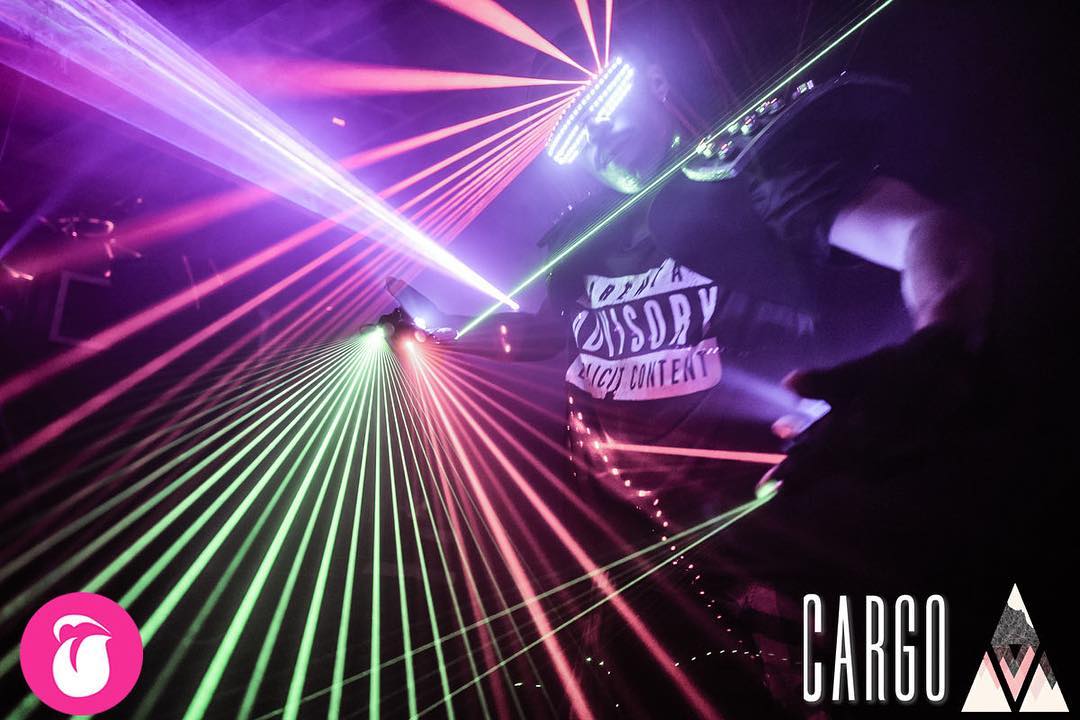 those lights were insane! 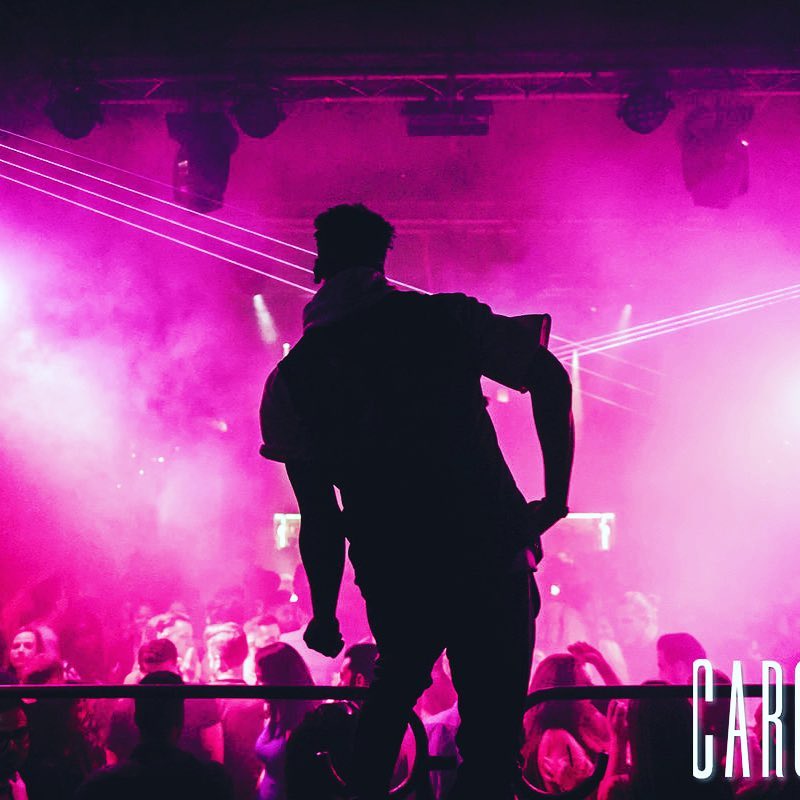 A club night like no other! #cargo #cargolondon #clubbing 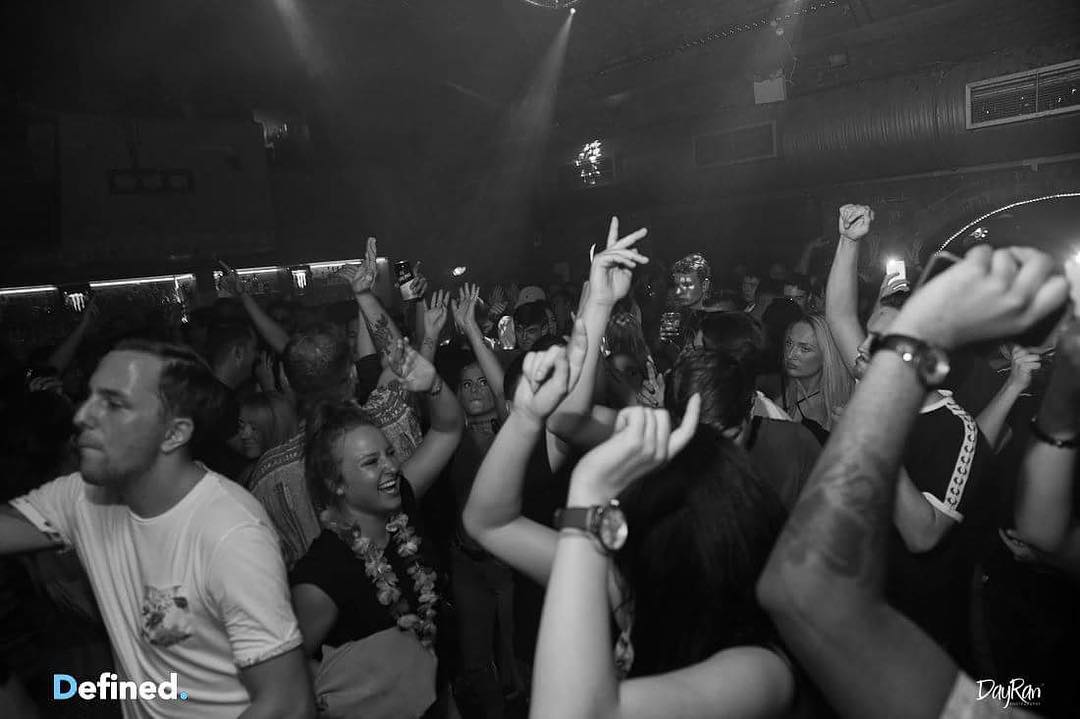 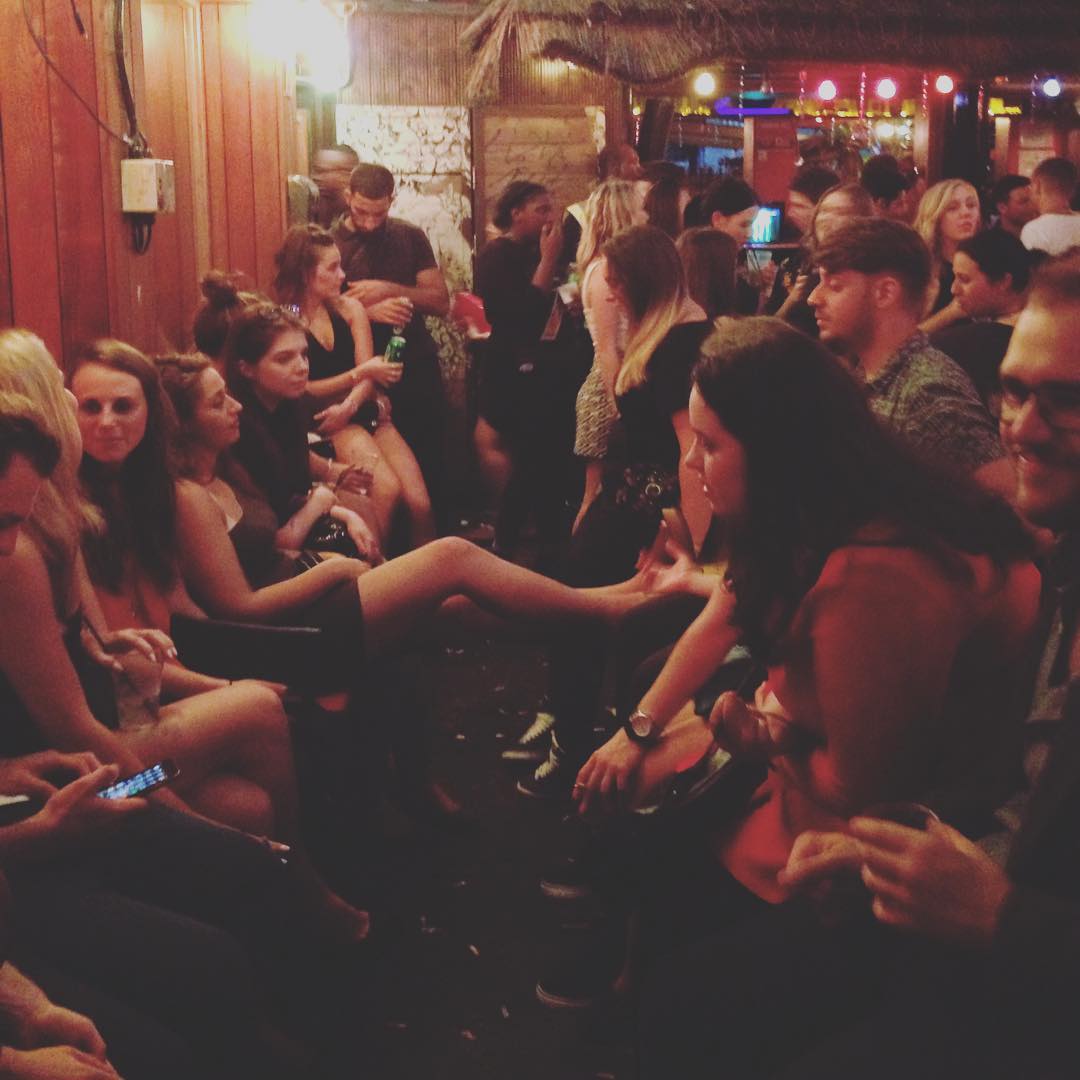 When your night goes from witnessing the biggest mismatch... 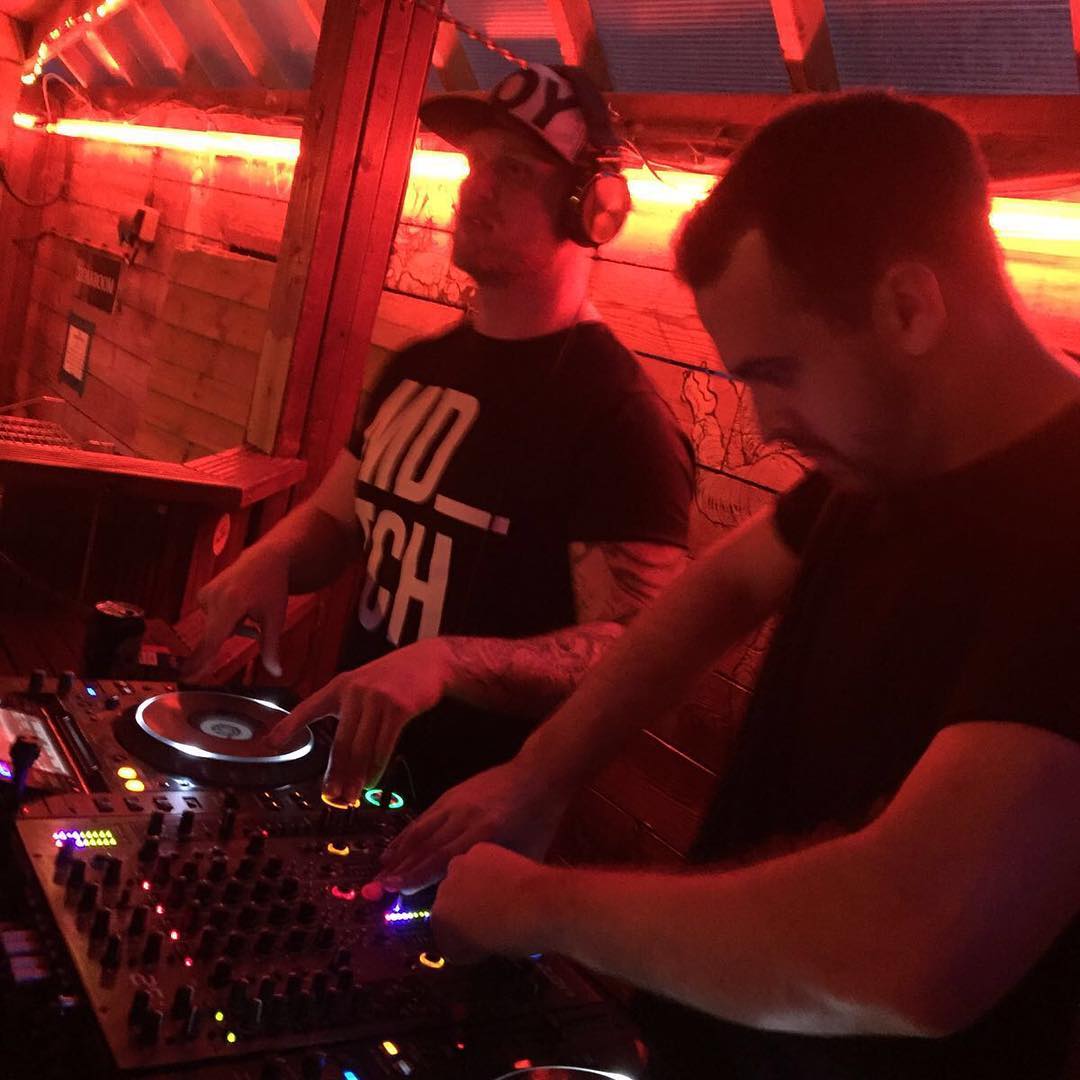 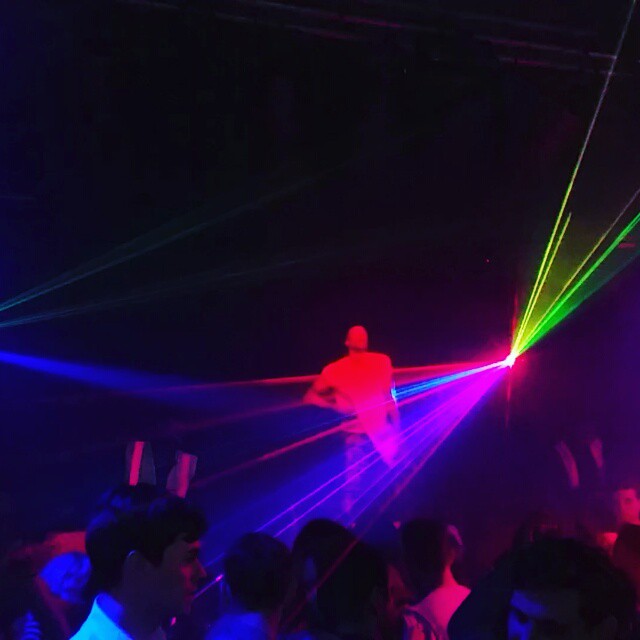 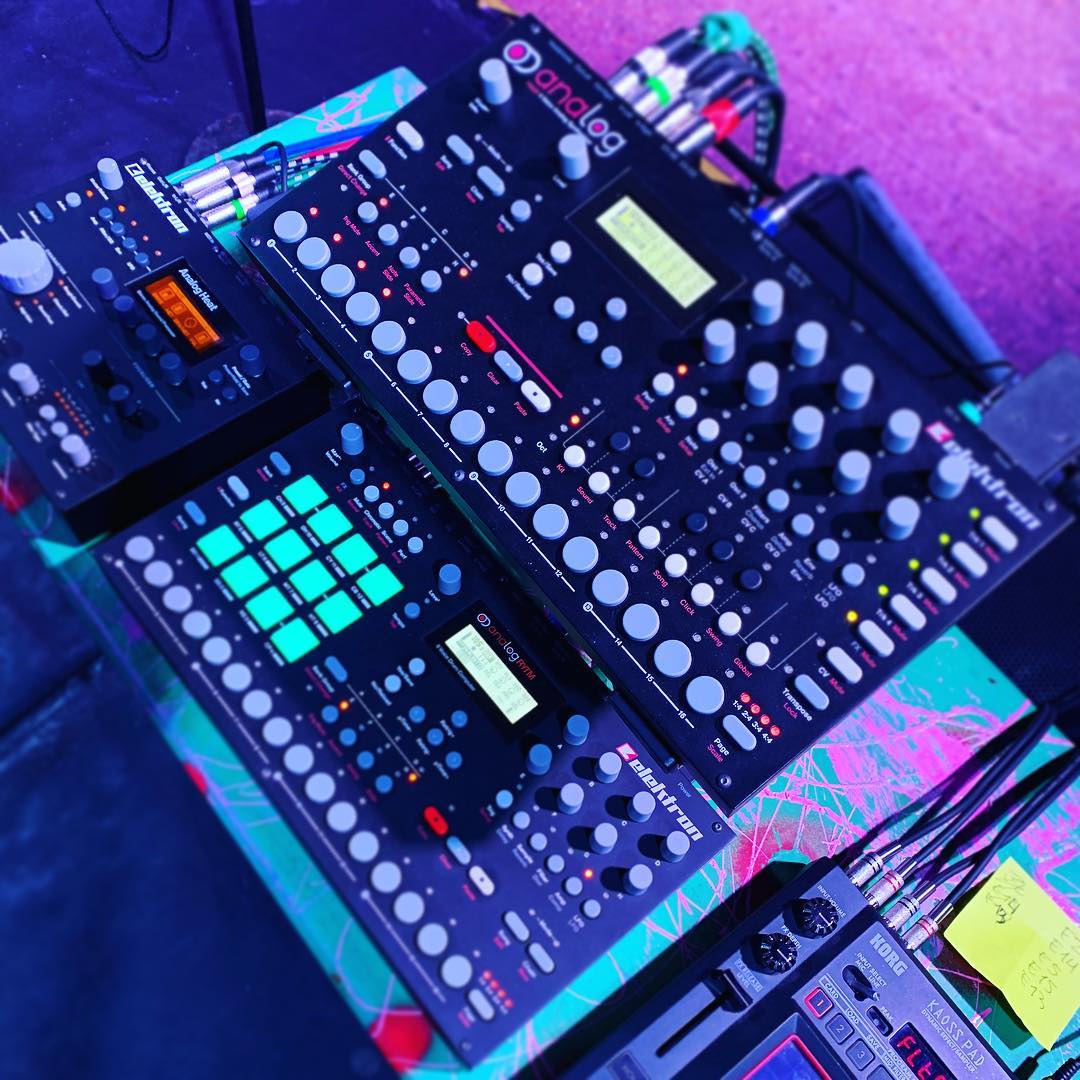 What a blast last night at #CargoLondon!
Check my ... 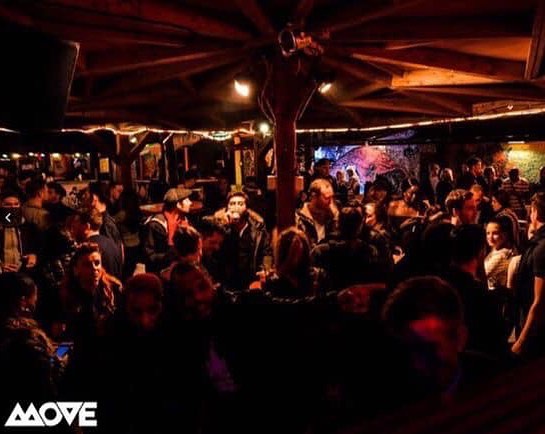 Photos from our last Day & Night party at Cargo, Shoredit... 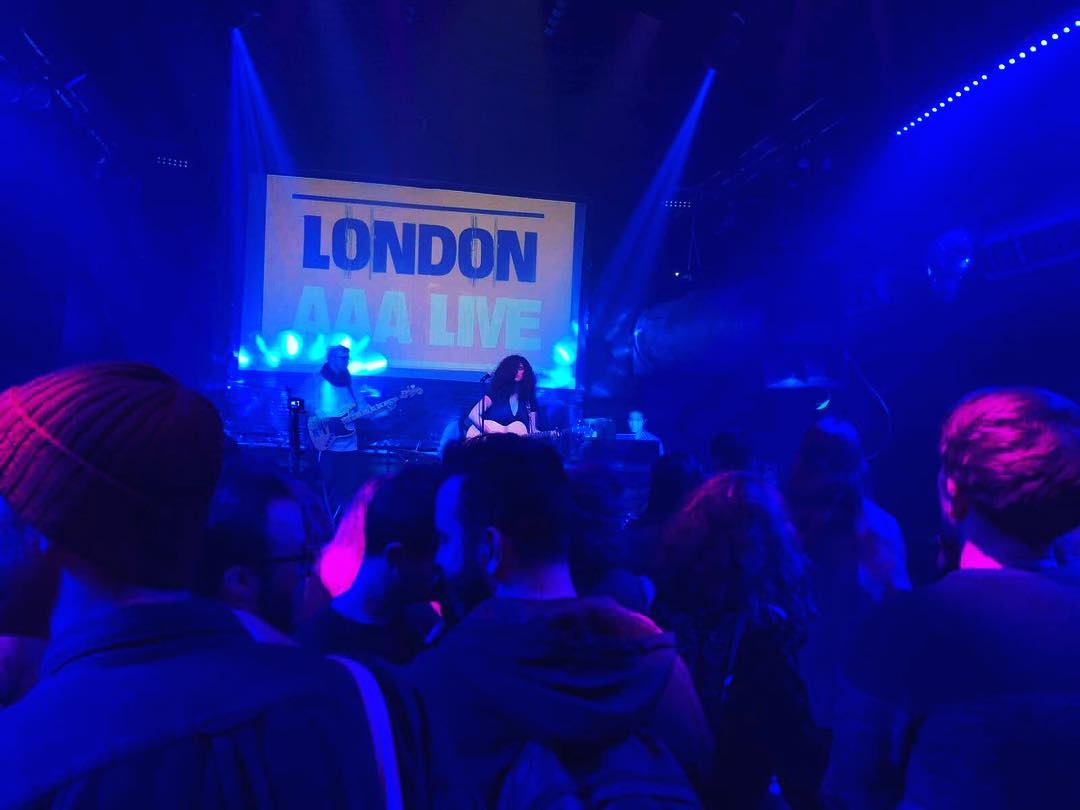 #1
The venue is good, its nice and big with multiple rooms and a large garden smoking area with lots of seats. Not hard to get a drink as there are plenty of bars including one outside. However the place is just extortionate, besides the £20 to get in and the £3 cloakroom, you then have the drinks - they set a staggering £20 minimum spend on card which is higher than Fabric. Don’t worry though, its not hard to hit this price, with the cheapest drink a can of nasty Coors beer for £6.5 (they have no beer on tap) and most drinks being over £10, get a couple drinks and you hit the min spend easily. The most depressing thing is that they have a menu, one side with a list of their drinks and one with a list of different spirits - these are just literally bottles of spirits, none under £100 and all just regular big brands of booze, absolutely ridiculous, £135 for a bottle of Gordons gin!

So while I had a good time here, its the little things that kind of ruin it, there is no signal for your phone anywhere but outside. Also after I spent half an hour in one room, I left my friends to go to the toilet, came back and the man stood in between the rooms wouldn’t let me back in because I had a coat around my waist (even though I had it before).

#2
Attempting to do a bar crawl with a few friends during London Cocktail week we decided to hit up Shoreditch. The first place we went to was Cargo. Cargo is on a side road that looks more like an alley than a road, very typical East London. Hanging out in Cargo’s open terrace, we could really feel the change in the seasons this week. Looking at all the full booths we chose a round table and ordered a round of drinks. The cocktails were pretty tasty, and definitely worth the London Cocktail Club wristband. Music played softly in the background. The smokers were able to smoke without having to miss out on conversation. Cargo had some really nice decorative details around the inside, and the terrace was incredible, they even have a real Banksy by the exit. I’d like to go back there on a busier night, but I don't really like how they always flyer outside their doors on the weekend. It makes the venue seem trashier than it is.
Review by Diana T

#3
I have been to this place twice in the last few months for Gospeloke, an event run by Singology gospel/pop choir, where you can sign up to sing with a backing choir on stage. Both times there have been sound/technical issues - of no fault of Sinology's, let me just make that clear. The first time I went with a friend; while waiting for the show to start (delayed about a half hour due to the aforementioned issues), we thought we'd get a drink. Oops, turns out there was no ice. Okay, whatever. We waited for another ten minutes and received our drinks, which turned out to be absolutely delicious (and strong - whoa). The show itself was great - when we could actually hear. The sound kept cutting in and out and poor Toni (who is the choir master) was just not having it; she just did her performance at the end of the night a cappella in the end.
Review by Ashley D

#4
Half of the staff is rude, just want your money and you to clear out the way asap. We just felt like dirt when the cloakroom man threw back at my friend a jumper out of her coat, and said it's an extra £3 just for it. You pay £6.50 for a can of beer you can have £1 in Tesco. £20 minimum to pay card because they assume people will agree and take this fantastic opportunity to buy more. I'm not talking about the crowd, let's not even go there. It is very sad to see what this place has become: a money-driven club for sheep. Or at least we feelt monitored like animals.
Review by 77noram

Found it a little strange that one of the rooms bans even small shoulder bags - I don't know anyone who wants to check in their valuables- and it seemed a shame that this prevented some of our party from staying together.

Music here is a great balance of classics and new chart stuff and three rooms means there's something for everyone at some point of the evening!
Review by PJ C.

#6
Great Service - really friendly on the phone. Packages are good value. Asked loads of questions and the events girl was super helpful! Definitely will book again!
Review by Mahreen Iqbal

#7
Please note when people book tables to gain free entry they have to leave a review BEFORE going to the venue (reviewing drink packages apparently) so may make some of the reviews here null and void. I have edited this after I attended.

Actual review:
A good club, with good music, though location of table could have been better on the night.
Review by John Doyle

#8
Wanted to book a table for a birthday night out and just wanted to see how to do it. But, the person I spoke to was really friendly and was even to let me know of their awesome deals and ensured there was enough Drinks for everyone! Really helpful!
Review by Chris Manalo

#9
Yesterday while it was only 10PM (so no one was in the queue almost). My friend and I got checked by the security. The security didn’t let me open jacket without even asking, but went straight for it. And ripped all my buttons open and my phone was in my pocket. My phone dropped out of my pocket as he aggressively opened jacket. Right now my screen is broken and he didn’t even apologize for it. I asked if I could talk with the manager due to this problem and no one helping me. This was my last weekend in London and this club literally took all the best out of it away. I don’t recommend anyone to come here. Better shutdown this place for being inappropriate as well. My friend got harassed by many guys during the night. The security even didn’t listen to that as well. Worst management experience the DJ was even harassing her. I wish I could go back in time and never paid for entry and so much for drinks. The minimum payment by card is 20£?!?! What time are we living guys it’s 2019. Just literally shutdown this place. And I want my money for my broken screen this is unbelievable.
Review by AKCA Akyuz

#10
Security reacts quite fast if anything happens but still, I was harassed and grabbed by a few guys in this club (and I mean like... this creepy middle-aged dude with a golden front tooth? really?). I'm not going to come back. I don't recommend it to anyone.
Review by Aleksandra Zdunicz

#11
The music was good and the space ok, but super expensive drinks £26 for four shots , £12 a double drink, £10 entrance fee if early you get the point. Doesn’t reflect by any means what you get. Bigger and better clubs are less pricey
Review by Anastasios Kougionis

#12
I booked a table and drinks package for my 21st birthday, had great customer service with quick replies, the lady answered a lot of questions and was very nice. Can’t wait to try the drinks package included, not overly priced and comes with great drinks. Xx
Review by Elise Collier

#13
Busy nightclub with good music. Drinks are pricey but not over the top. I had no problem with staff, as long as you are able to stand still and don’t blow smoke in their faces they will let you in.
Review by Gleb Kh

#14
The bartender from Albania (didn't catch his name) is the gem of this place. Very good service from him. Rest of the bar was not too great. However, I visited at 8pm on a Tuesday so potentially not the best insight.
Review by Andrew Fanthome

#15
Amazing venue. Had an evening out here and the place is so great: super versatile with lots of themed music rooms and big venue, perfect for big birthday party groups. Catered to many tastes of music and experience.
They also do good at the venue so you won’t have to leave for munchies! Loved the disco room upstairs with all the glitter panelling. Really pretty and atmospheric venue. Loved the beer they had called E1 Brew Co. They also did a good range of other beers.

#16
Clubbing, relaxation, music, cocktails, spirits, beer etc doesn't get better than CARGO! Such a purely enjoyable evening at this beautiful "theatre of enjoyment". There is so much going on under this roof, located within the iconic Printworks in the very heart of Manchester City. Cargo is better experienced than explained. From the security at the entrance, to the beautiful bar one finds as one walks in, to the elaborate  dance rooms spread across two floors within the building, the waiters and bartenders, the DJs, the cocktails, everything! This place is very decently managed, to say the least. Entry is free. Happy hour extends till 9pm. There is a bargain on cocktails and drinks too. Lovely club I must say!

#17
Great place, delicious food and amazing drinks!
Brilliant atmosphere, cocktails half priced before night rush starts, it's good to go early as queues get crazy as it gets later and it gets rammed later in the night. But anyway really enjoyed my night, will definitely visit next time!

#18
My first time properly out since lockdown and this bar made it worth the wait! Made the most of happy hour and stayed until 4 am. The staff really get involved with everyone and make the experience very fun! A very nice addition to the printworks.

Cargo is a multi-purpose venue in the Shoreditch area of east London, a short walk from both Old Street and Shoreditch High Street stations. The space, built into existing railway arches, includes a medium-sized club and bar, a restaurant and a large outdoor terrace area. Since opening its doors in November 2000 Cargo has been home to a wide variety of music, ranging from live music performances—which generally take place earlier in the evening—to full-on club sounds such as house, techno and electro. If you're lookin' for late night kicks and tricks in Shoreditch, Cargo is your place. It's known for being a shining star on the London live band and DJ scene but when the sun is shining, the massive decked garden with a BBQ, fooseball table and comfortable seating is equally as inviting. Expect affordable bar snacks, gourmet burgers, pizzas, salads and sharing platters all of which can be enjoyed in the sun trap garden. As the night draws in, Cargo turns into a banging club as fierce local and international DJs command the dance floor with an eclectic mix of tunes. 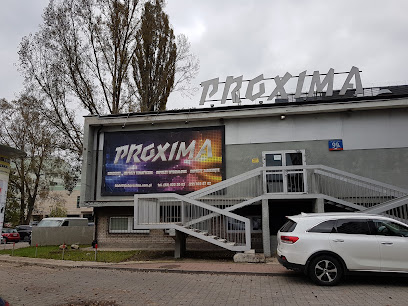 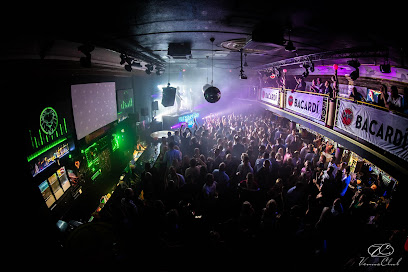 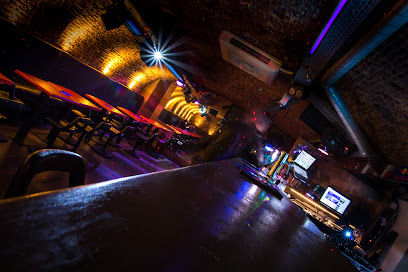 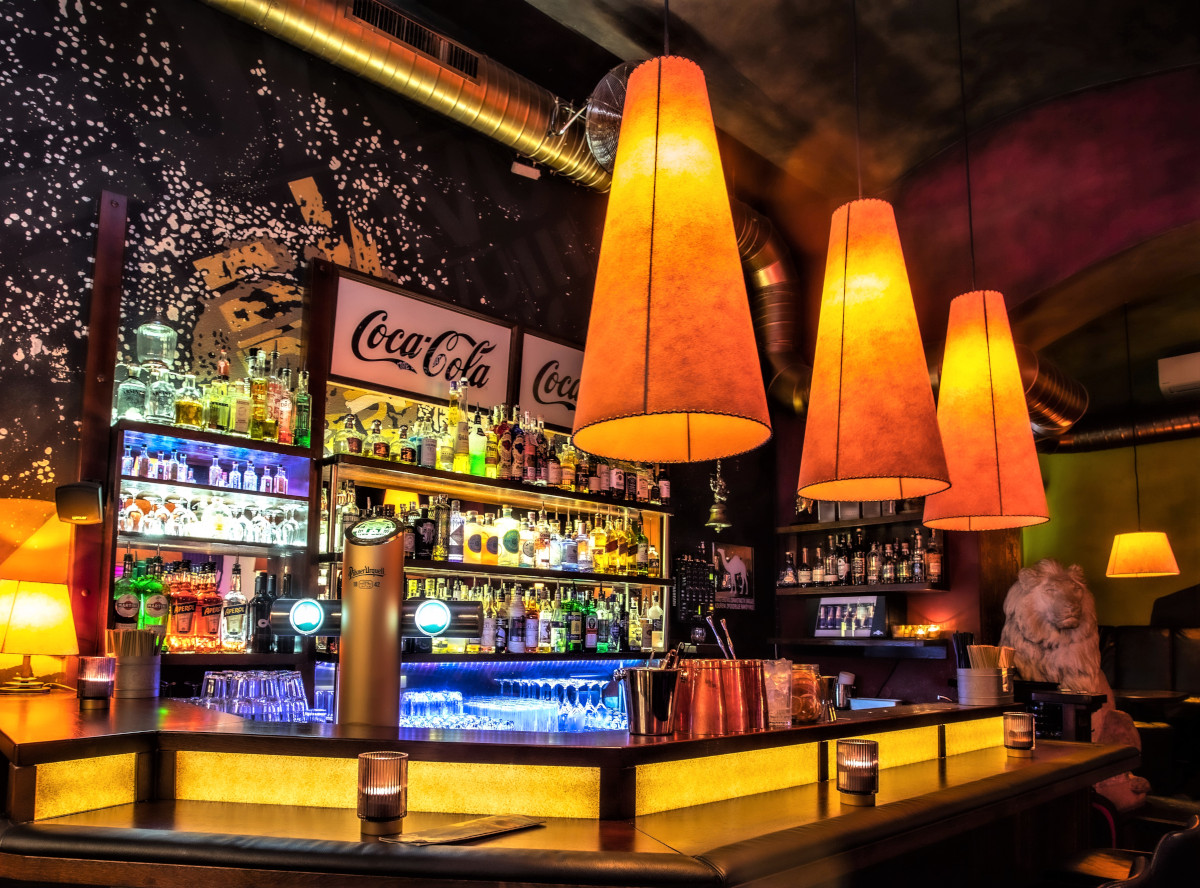 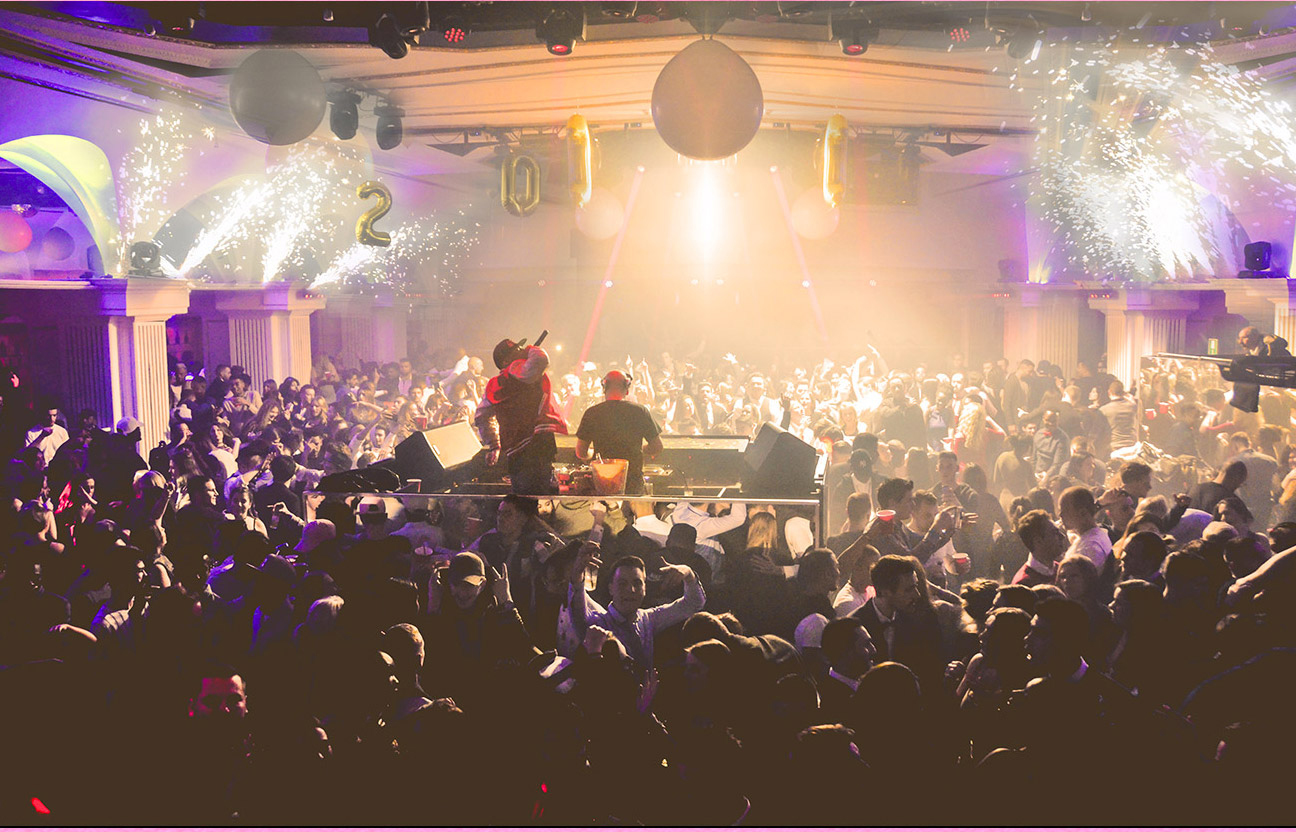 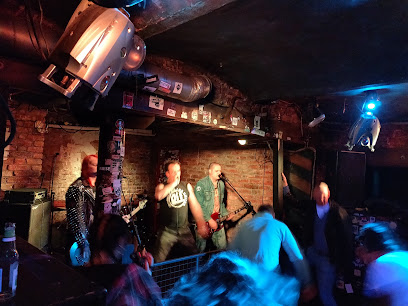 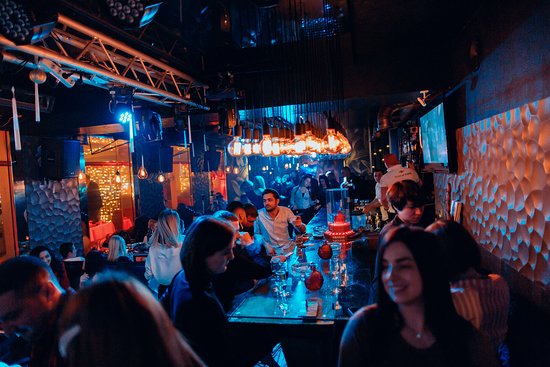 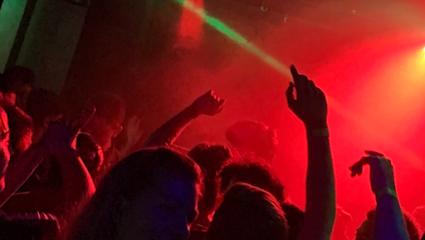 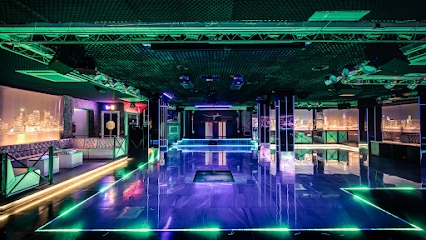 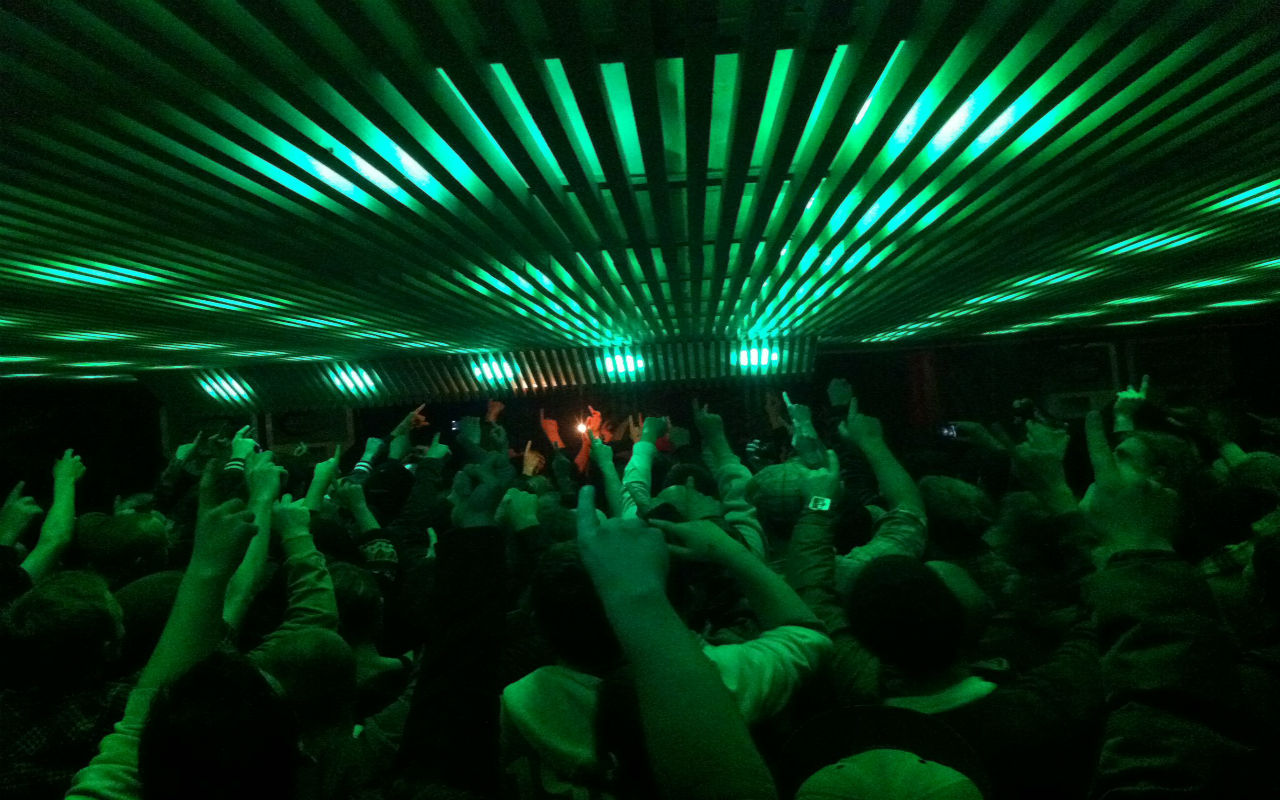 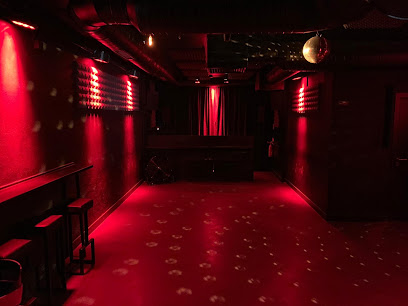