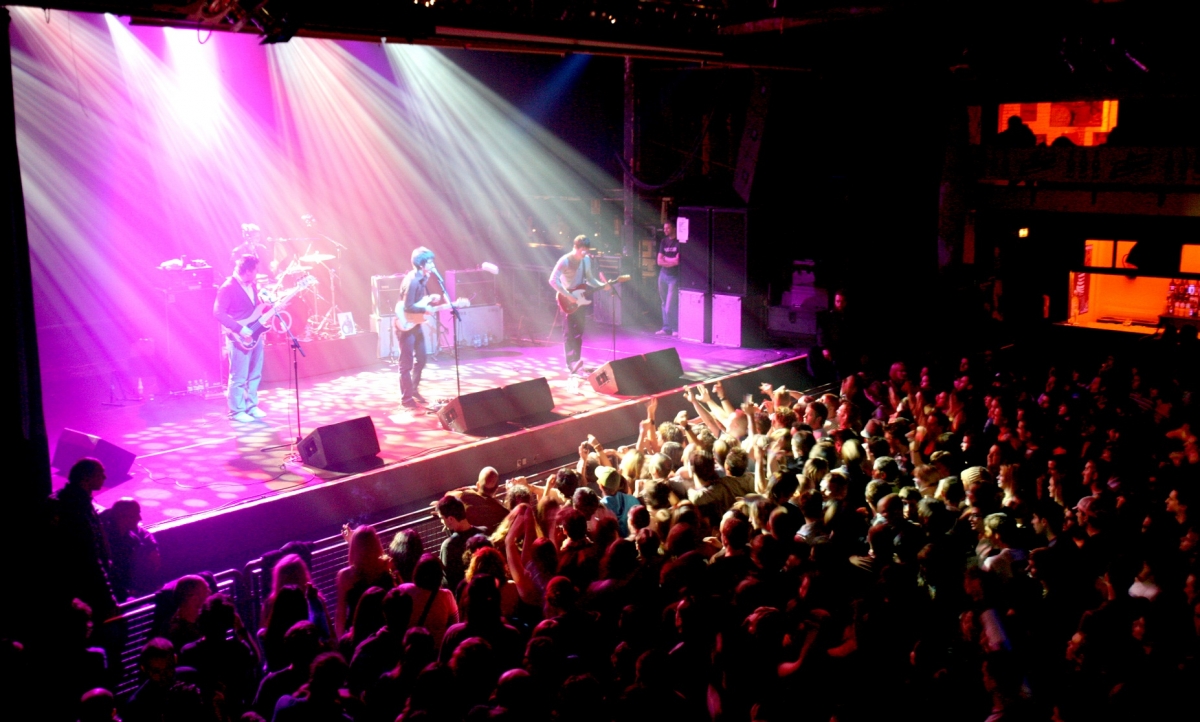 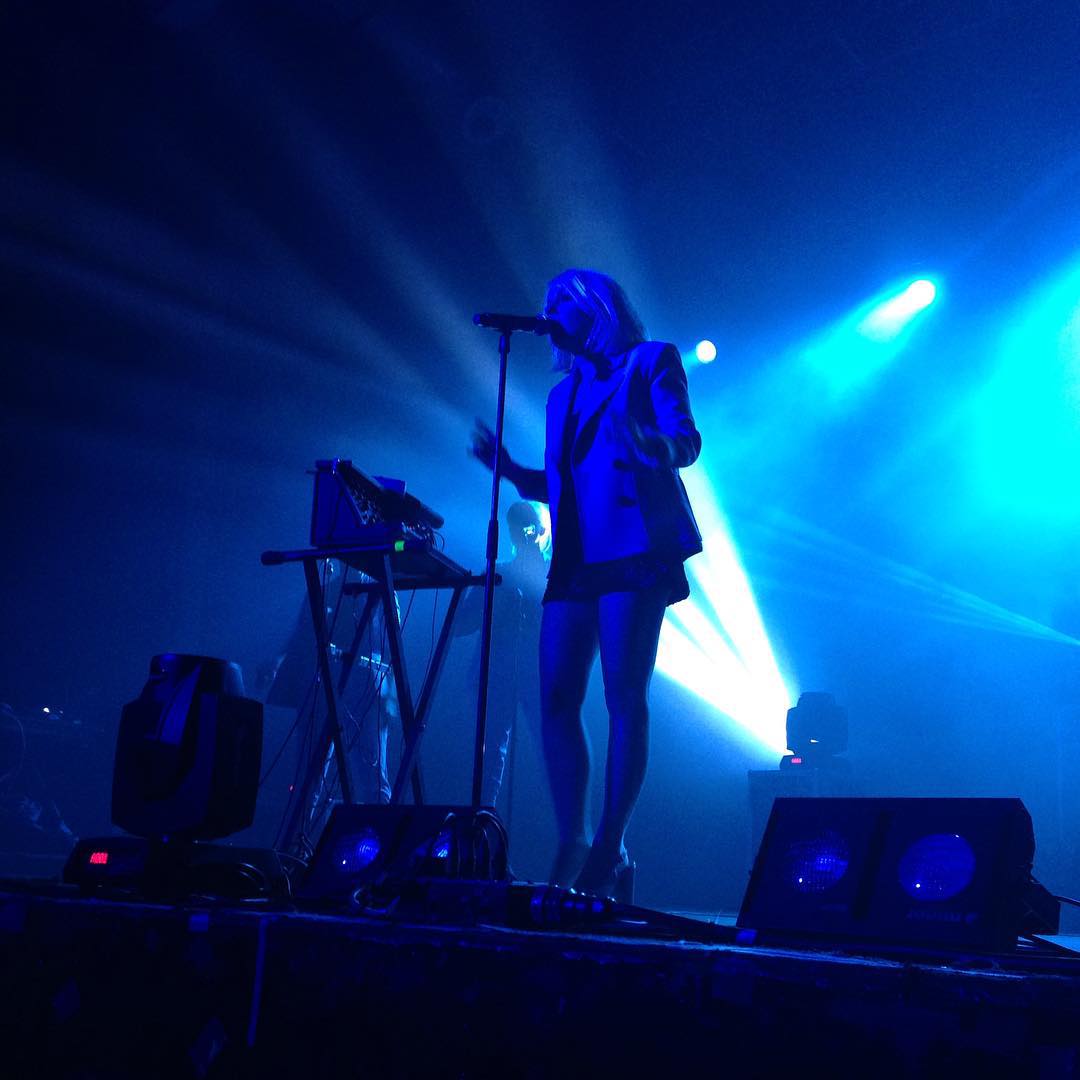 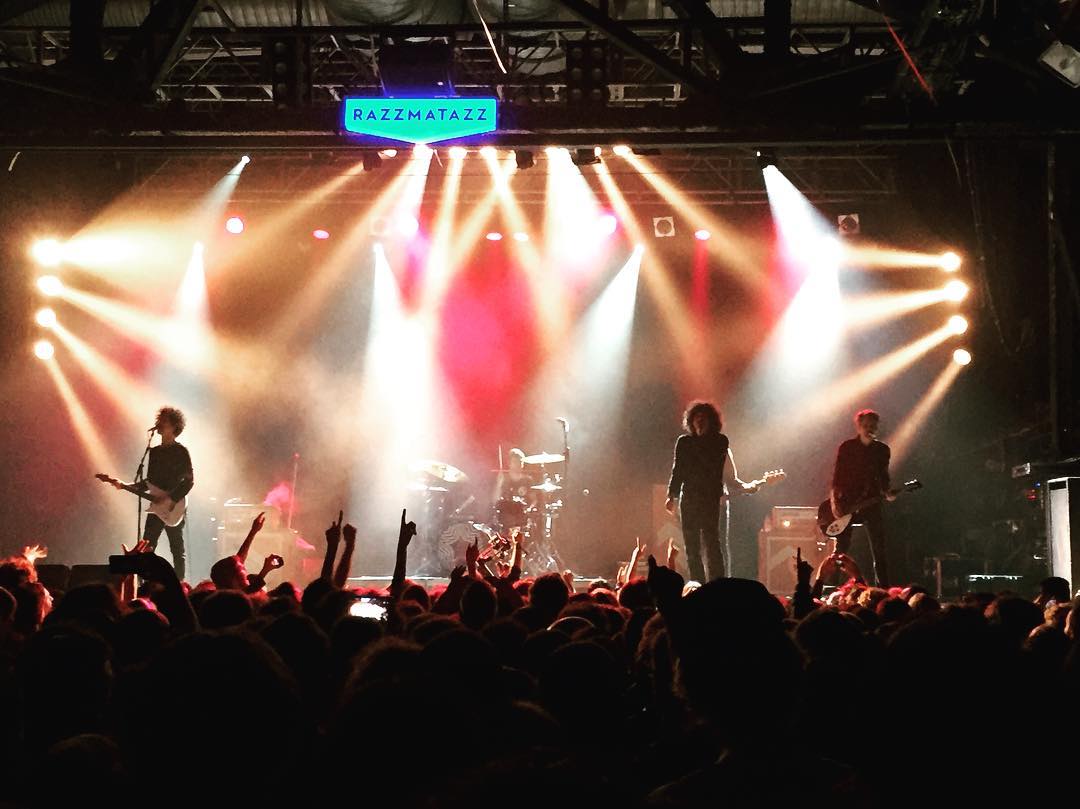 Full Sunday; morning of meeting of giant schools in Matar... 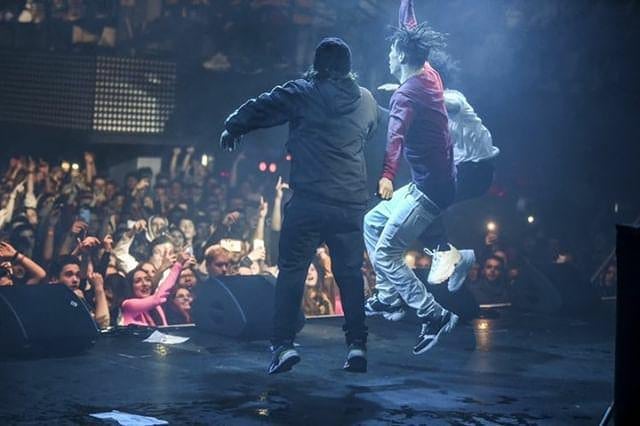 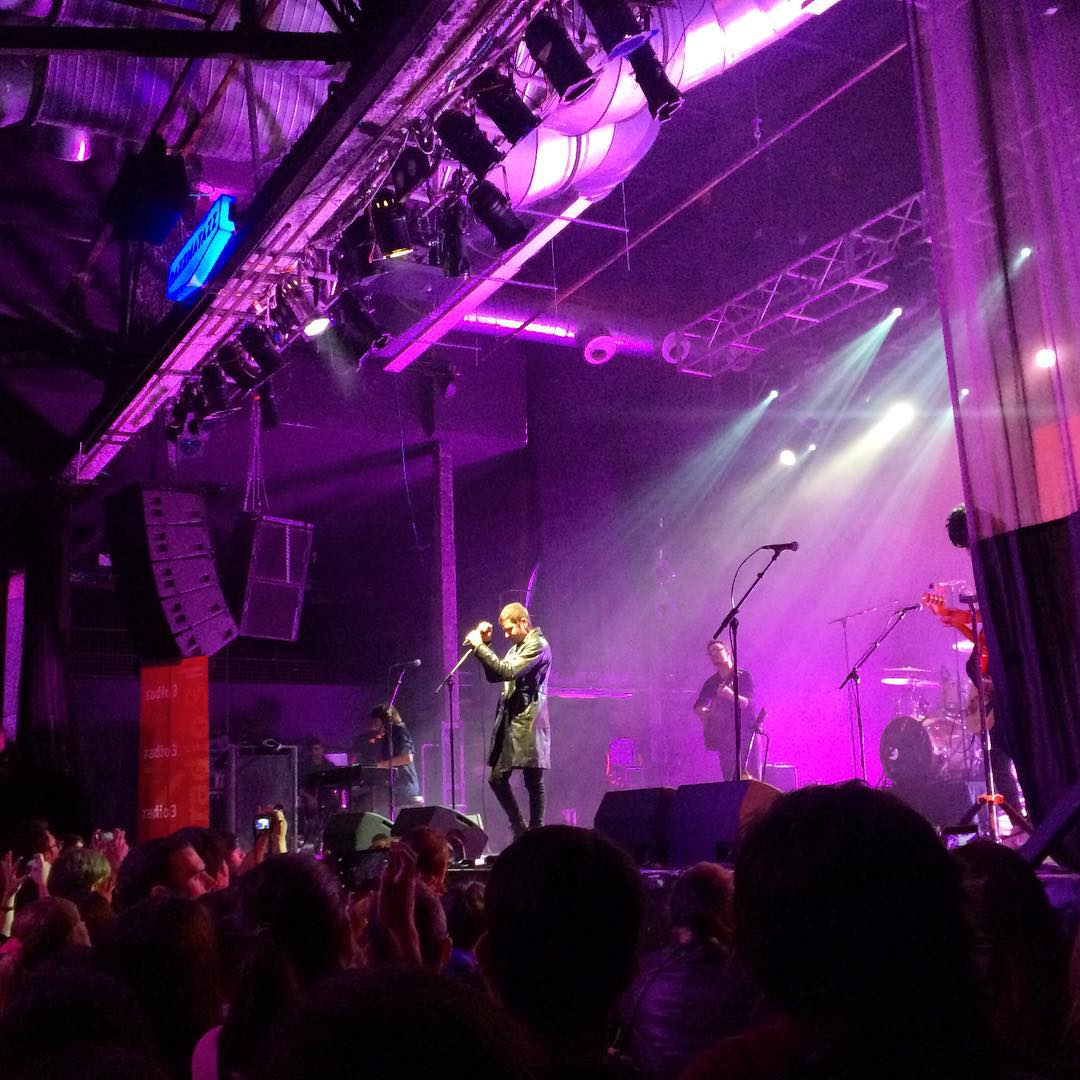 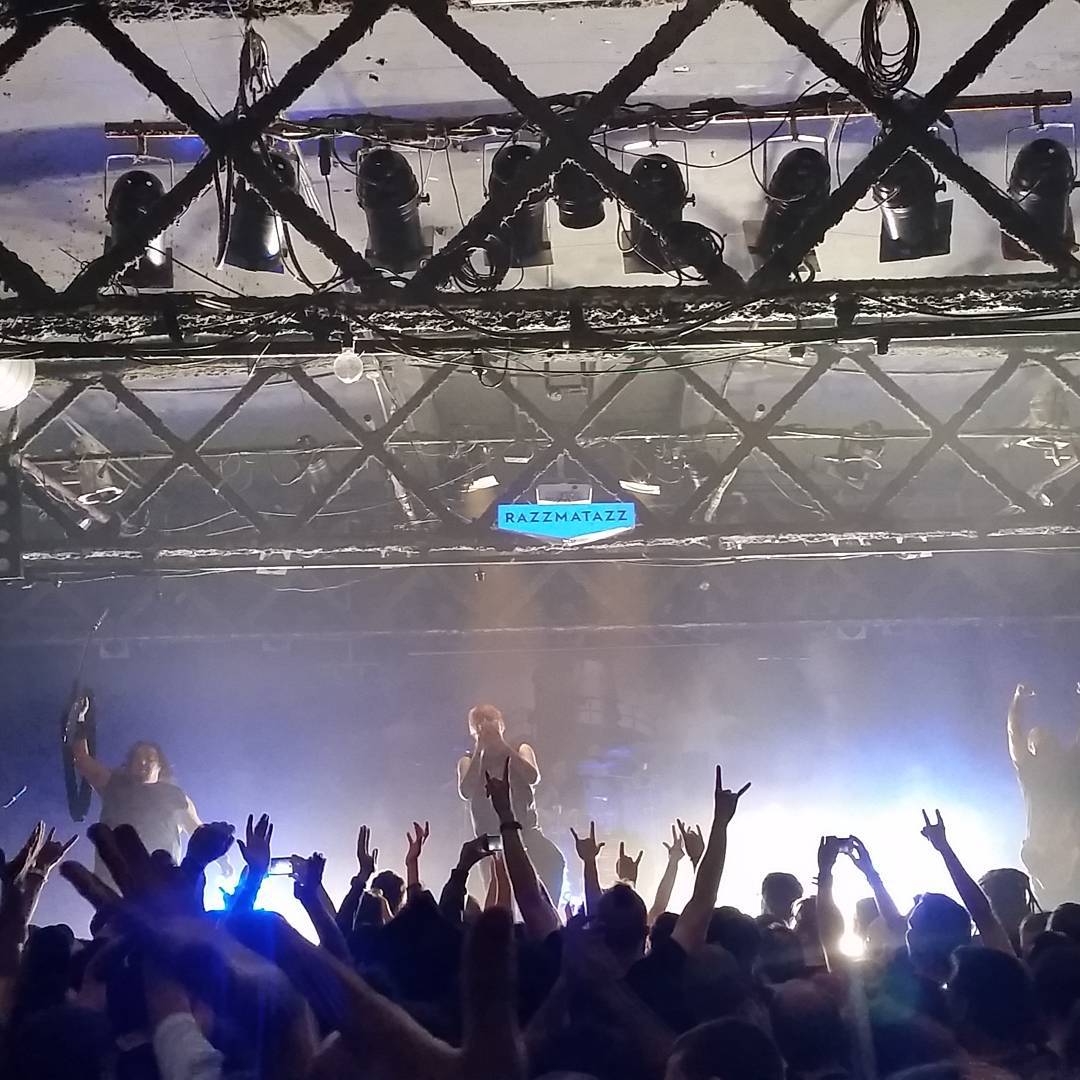 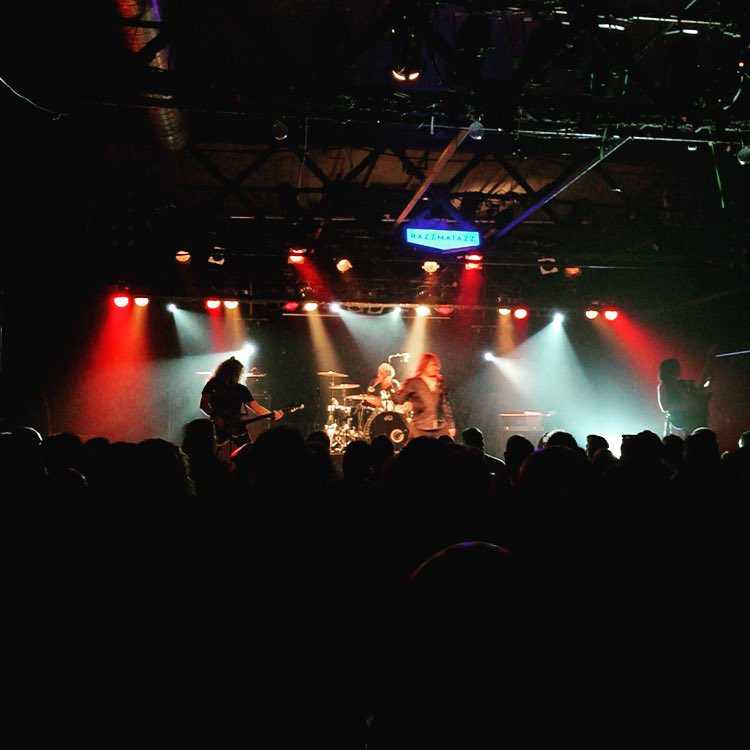 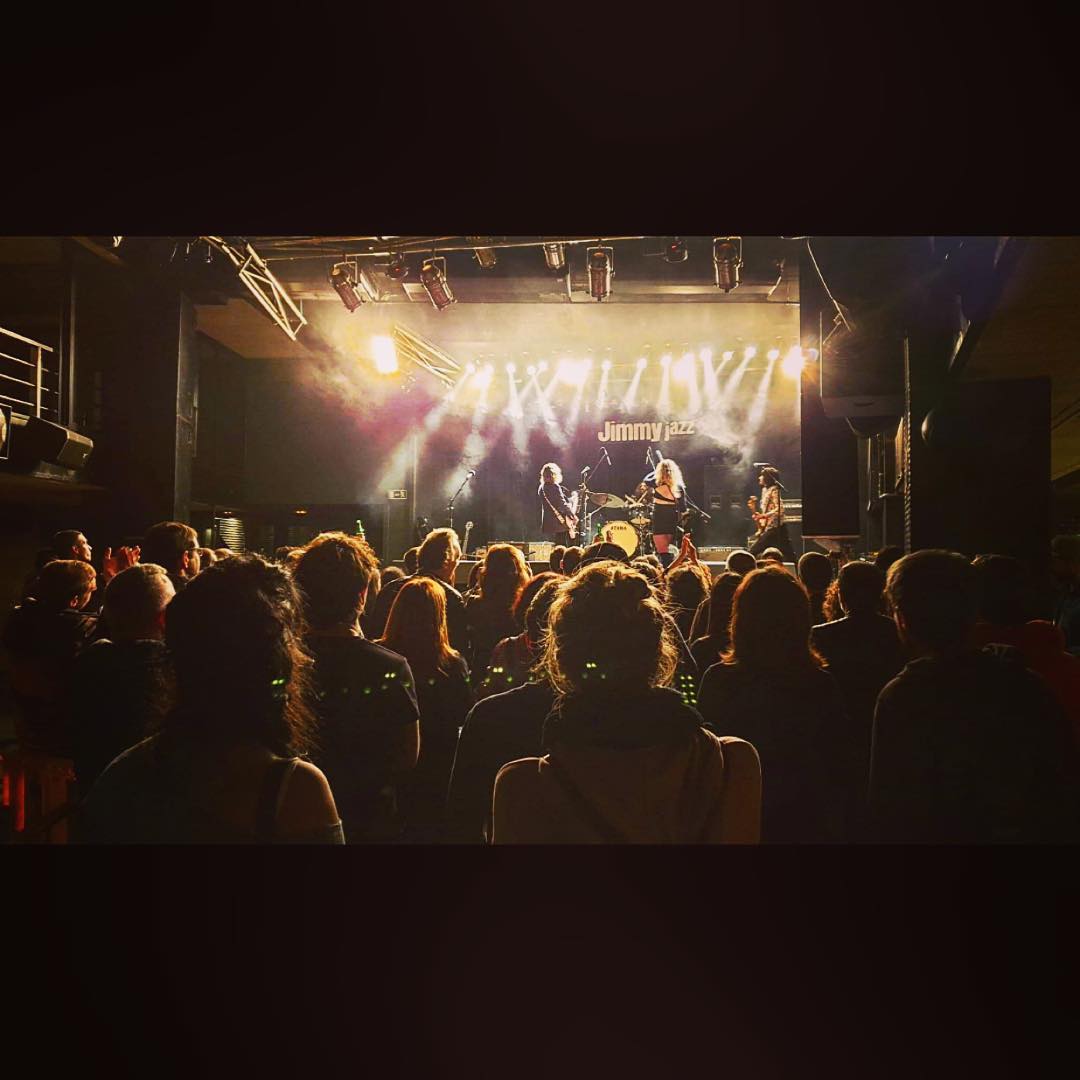 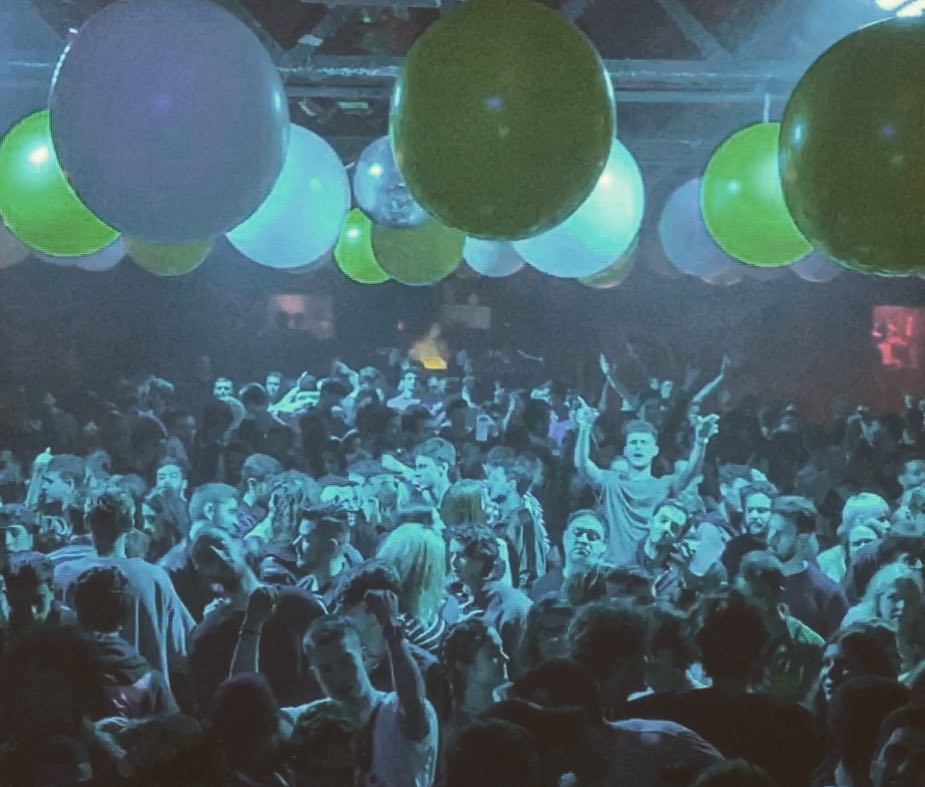 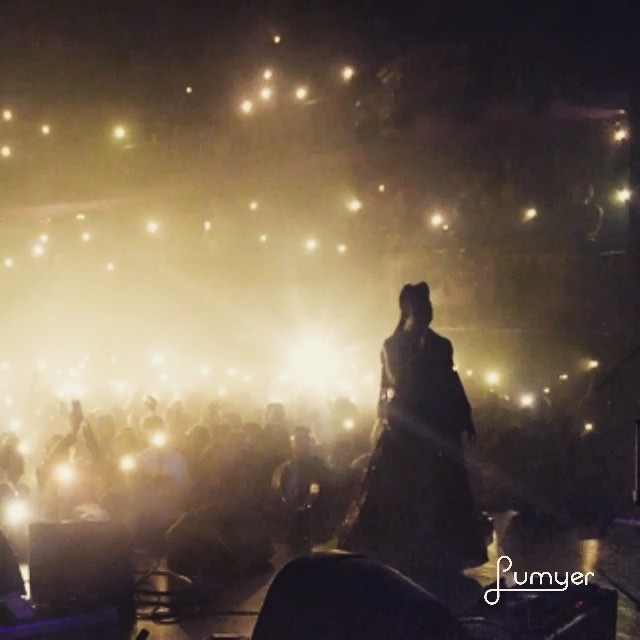 We’ll own this other life, just head towards the light... 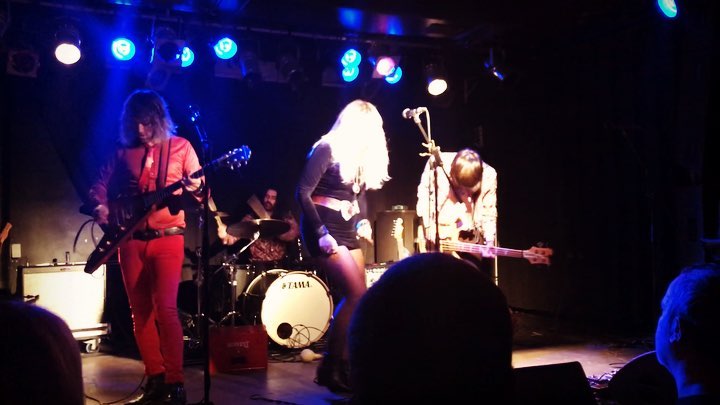 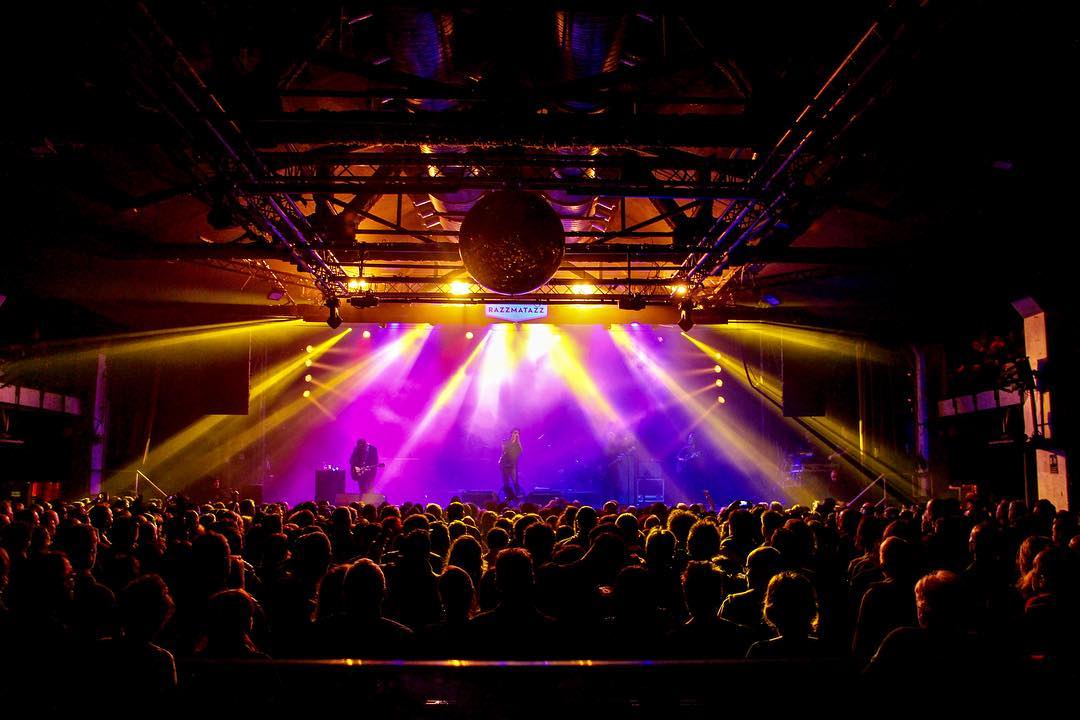 Bunnymen at the Razzmatazz, Barcelona. 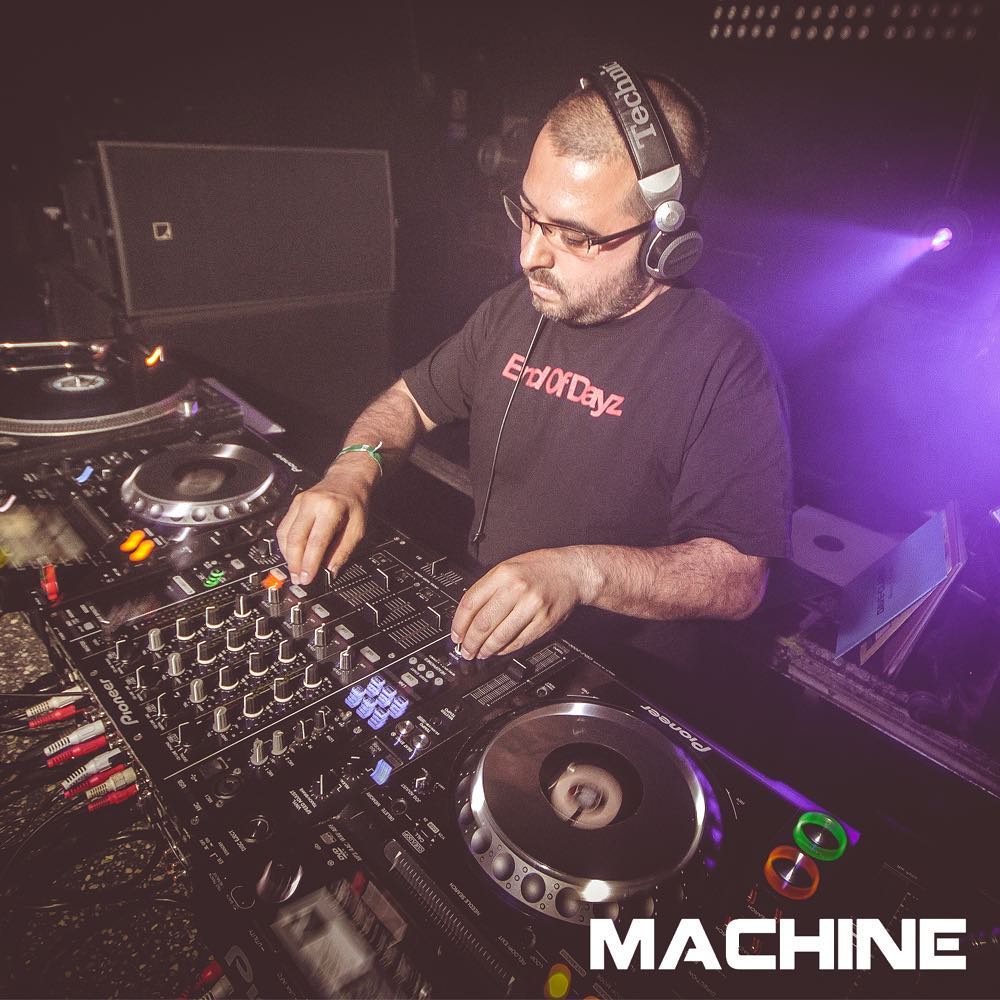 We hit The Loft in Barcelona tonight with Ben Sims, Museu...

#1
Excellent venue for gigs. Well-run, well laid-out and friendly atmosphere. Where else could you get to see a band like Snow Patrol at such close quarters?!
Review by John Moore

#2
Very interesting experience. Would recommend to experience for sure. We weren't too happy with how the management handles the queue outside when there is clearly enough space inside (we stood there for quite a while), but the inside is very nice. 5 different schools of music and crowds!
Review by Nikolai Scholz

#3
I came here with 4 of my friends for new year's eve and the selection of the music in each room was great! We stayed in the trap, hip hop, and top 40 rooms. We had so much fun. The ticket came with 2 drinks, a glass of cava, and grapes along with some cute party hats and decorations. Would definitely go here again! By the way, it was super casual dress.
Review by laurencirkot

#4
I don't really post photos of random people but this girl and her friend purposefully pushed us and poured a drink on me when we were dancing and minding our own business. She literally ran away after pouring the drink on my head and we had to track her down. We'd never met them before and felt like it could have been due to racism or xenophobia.

She tried approaching us again with another drink, but became friendly after we talked to her in "English" complimenting her and her country. I think she didn't expect us to be from America.

Not all barcelonians are racist or xenophobic but people should know that this is not okay. You shouldn't judge anyone by their appearances.

Anyway, I still had a great night (at least I tried to) at this venue despite this incident.
Review by sophiejo456

#5
Despite being the oldest person** here by at least a few years, I still had a great time during my visit. No trip to Barcelona is complete without checking out some nightlife, and a Diplo show was the perfect excuse to check out Razzmatazz and do exactly that.

Tix were around 25 bucks (not bad) and we were easily able to purchase them online a few hours before the show. Once inside I was pleasantly surprised to see that there was actually plenty of breathing room. It helped that we got there before Diplo and during the opener, but it didn't feel nearly as claustrophobic as other similar venues back home in NYC.

I'm not a huge fan of standing in the middle of a crowded pit and we were able to snag a seat overlooking the stage in the upper level balcony area. We still had a great view of the stage and were situated directly next to the bar.

**Despite all of this awesomeness, we were the only people on said balcony. Apparently thats a perk when you are the oldest person in the club. Whatevs. Not complaining**

If you are less of a club goer and are more into the bar scene then this might not be your first pick for a night out. Butttttttt..... if you are in Barcelona, enjoy music and feel tempted to take a peak at the club scene then Razzmatazz is not the worst option.
Review by Sara B.

#6
A small, humid club on the east side of Barcelona it was with good fortune that Interpol's Turn on the Bright Lights tour was in town during a recent visit, the band sounding as tight as ever as they ran through the album cover to cover with several hits following, the only issue being that Razzmatazz clearly oversold the venue or failed to acknowledge the band's popularity as floor-space was at a premium both top and bottom with temperature control severely lacking when accounting for the humidity and mass of humanity.
Review by Michael U.

#7
The concept is great and the music would have been great too, but it's just waaaay to loud!! Ruined my night because you can't even talk to someone, let alone order something; entrance fee way to high I think.
Review by me

#8
A must see club!! For its crazy music, great atmosphere and people. We loved it!
Review by sandy

#9
Fantastic venue with amazing sound!
Went to see ionnalee/iamamiwhoami live and the place was super cool and modern. Loved it here. The dj's onsite are very professional and the mixes were brilliant. They felt like a performance themselves. The only gripe I had was the organisation. Some staff telling us to go downstairs and others basically hand signalling to go away back upstairs. I had no idea where it was actually happening because there was no signs saying where to expect the booking (when doors open). But this is very minor. Id highly recommend this place. Clearly well beyond any nightclub back in the UK. Was jealous I didn't live local to make this a regular visit. P s. The picture only looks like the place is dead because we rushed in when doors opened. Was packed with a great atmosphere within minutes
Review by MeekayUK

#10
Best Night Ever!!
When you live in the US there is a limited amount if Spanish music you can enjoy live, yes Summer Stage is awesome and bands play here and there, but the obscure an niche artist you have to go find, that we did.

We came to Razzmatazz to enjoy and SFDK show, a Spanish hip hop group that is bunkers! Amazing. The venue did not disappoint, although it was way too packed (but that awesome on its own) and the visibility at the mezzanine is limited. Bars are easily accessible so the drinks will flow, locals enjoy the fruits of nature while the event is happening so if you are into that you will feel right at home (wink wink). Coat check was not found but maybe that just a US thing we expected. Sound quality and lights at the venue serve the show to perfection. We will def come back here to partake in the future.
Review by L_A_Diaspora

#11
One of the most iconic clubs of Barcelona! It's so big that you can get lost moving from one place to another. The quality of the sound is just perfect and it's also a great location to watch your favorite band play.
Review by Estibalitz Giron

#12
This place is chosen as best nightclub in Barcelona and 46th best nightclub in the world by djmag. It has 5 rooms. Each room has different concept. Tickets are sold online and it needs extra payments for some rooms while buying the tickets online. It was pretty crowded when I went around 2:30 am. There was a huge line for entrance even if you have ticket.

#13
Lots of fun! The line to get in moved super quick. The crowd is young (18+). Place is massive and there’s something for everyone.  Went on a Thurs night. For popular events, suggest buying tickets a week in advance to avoid tryna hunt em down.
Review by Stephanie Leung

#14
You definitely get why it had the reputation of the best club in Barcelona! It is hugee and has multiple floors with different music. Live the smoking terrace as well. The only thing you have to prepare for is waiting in the line to enter.

#15
Line moves fast since everyone pre-buys their tickets (not sold at door), bartenders are heavy handed so you get your money's worth, and music in some of the rooms is banging. Would return to Barcelona to visit again. They should have complimentary deodorants thou cause that dance floor whewie

The sheer size of this venue is equaled only by the level of musical talent that passes through its doors week after week.

Expect a social and non-pretentious atmosphere. Located in Barcelona’s industrial urban district of Poble Nou, don’t be surprised if you lose all your friends (and maybe your mind) within the labyrinth of rooms. On a weekend, access the entire complex made up of industrial factories on different levels, each with a separate DJ. Established in the year 2000, Sala Razzmatazz was the first club in Spain to schedule five different spaces every day of the week, and is consistently ranked by the  DJ mag list of top 100 clubs. 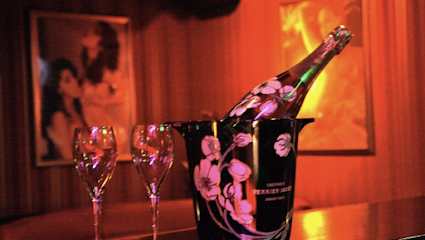 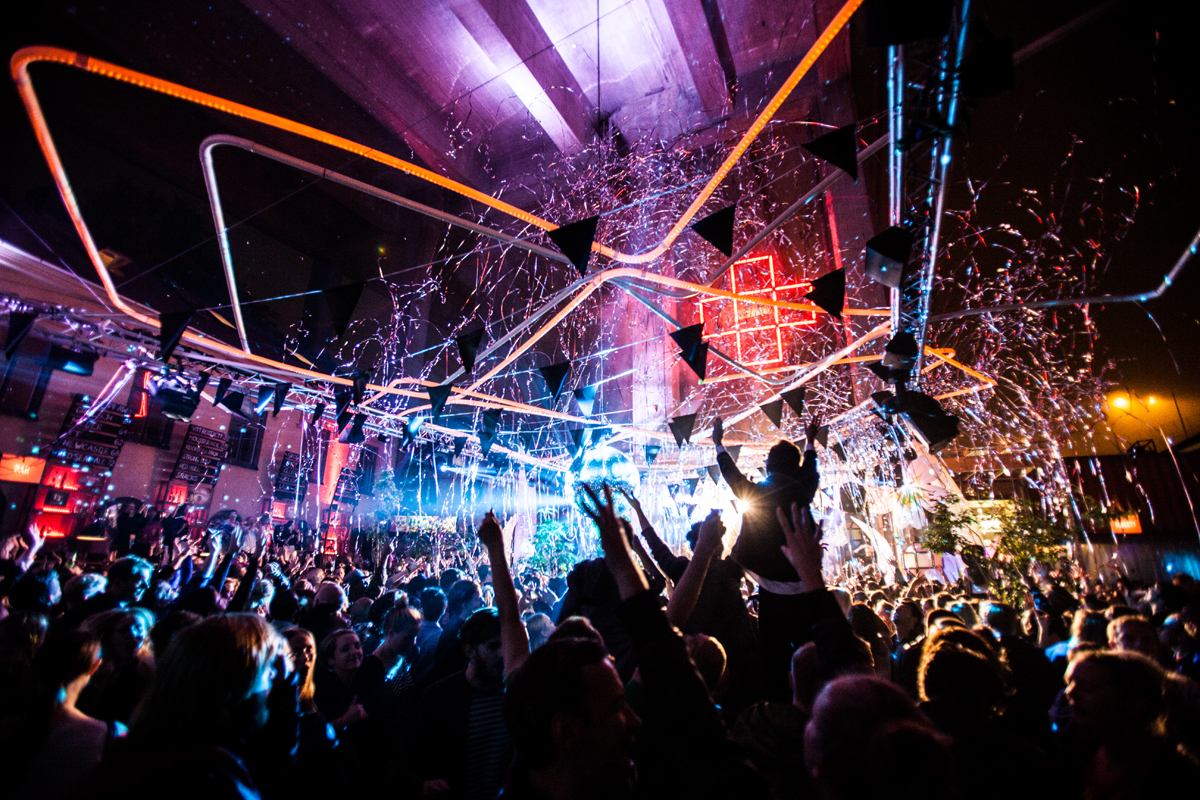 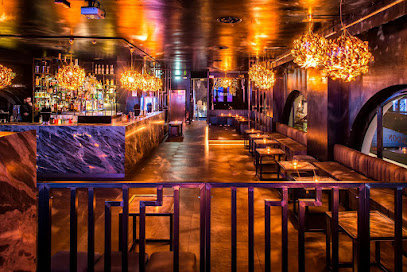 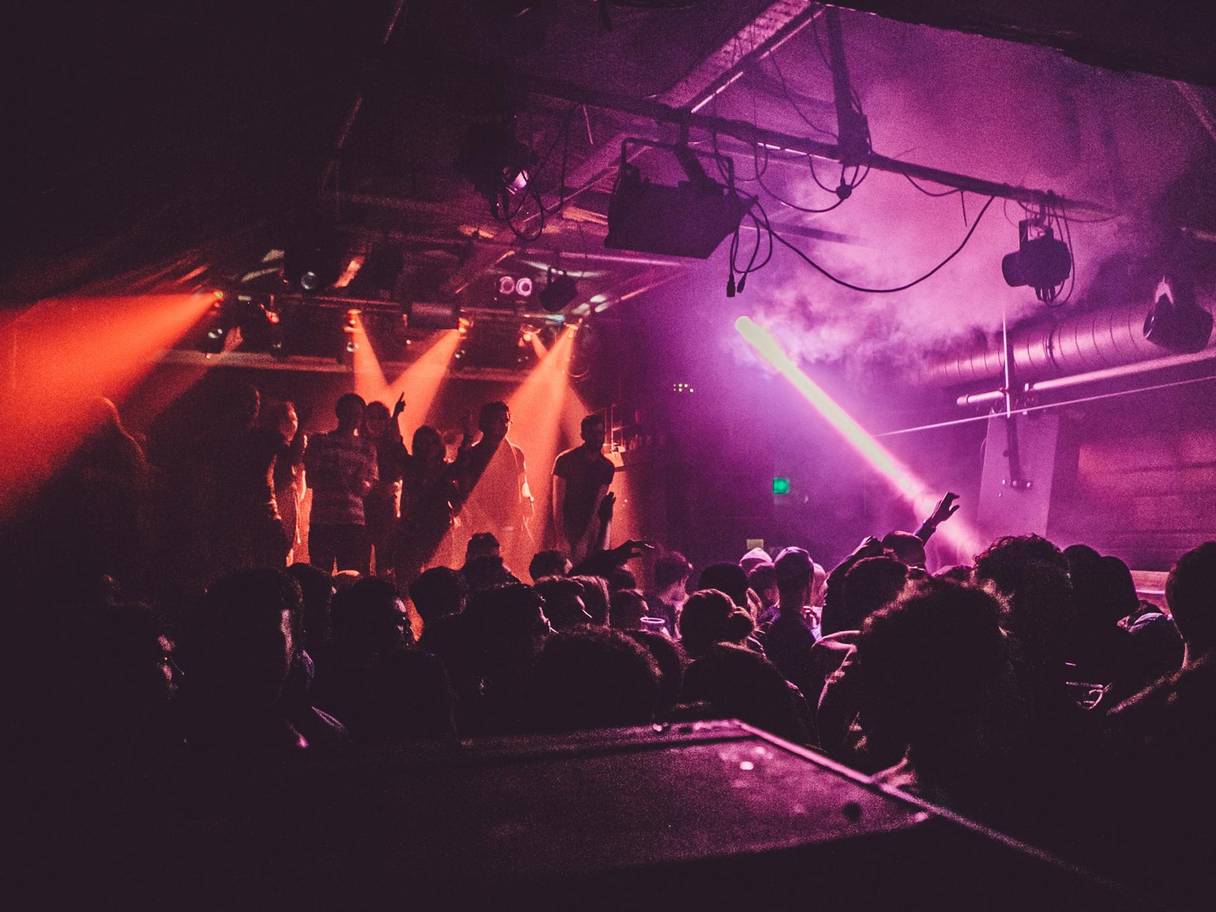 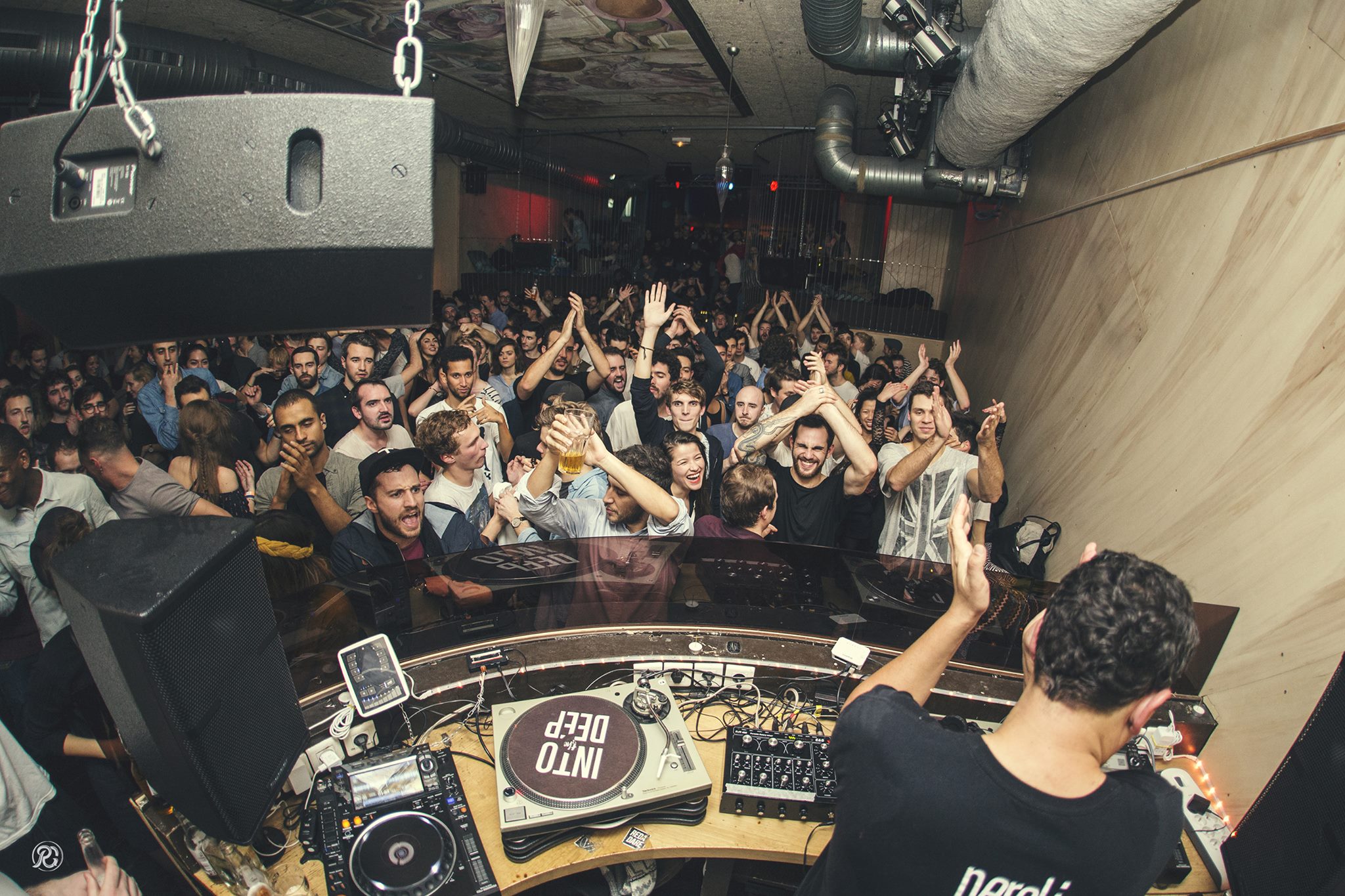 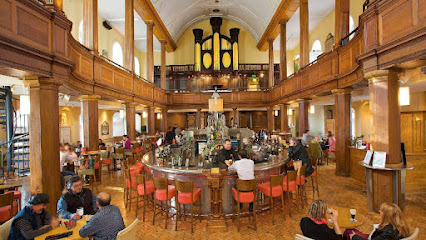 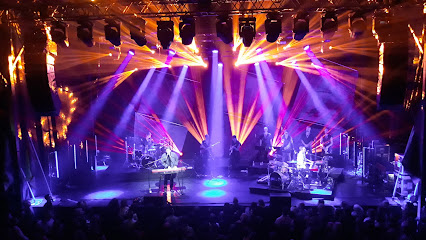